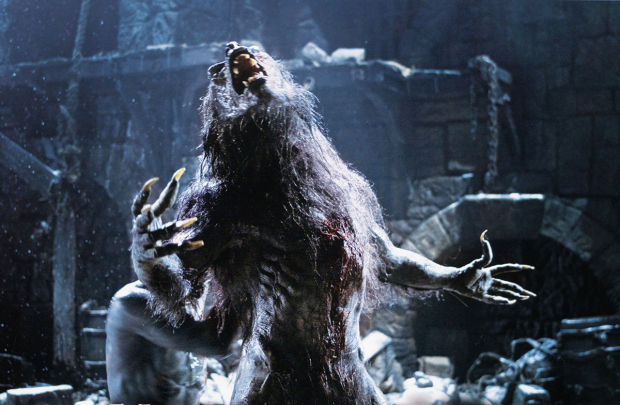 Editor: As the full moon approaches (May 21) in the village of Hull we wait on pins and needles and baskets of garlic to hear of news of the villagers successful hunt for the Werewolf known and feared as,”Old Stinker.” Why can’t werewolves ever learn the proper use of breath mints and mouth gargles. We pray for their safety and hope the gnarly gnashing teeth of this legendary Yorkshire werewolf are unable to sink its fangs into another human, dog or…even a hedgehog.

Next full moon, the hunt is on for the Werewolf of Barmston Drain.

Half man, half dog, a huge, 8ft tall animal has been seen by several people out in the woods around Hull – and they want to track down once and for all what is is and where it comes from.

Over the past few months, several witnesses have come forward to report seeing the sinister werewolf near the Barmston Drain near the town of Beverley.

Could it be the creature Yorkshire folk stories tell of… The hairy beast with red eyes and foul breath known as ‘Old Stinker’?

One woman claims to have seen it mid transformation from human to beast, reports The Daily Express.

‘It was stood upright one moment. The next it was down on all fours running like a dog. I was terrified,’ she said.

Another couple even claimed to have seen it gobble up a German Shepherd dog. As soon as they saw it with the dog in its jaws, they said it leaped over a fence and out of sight.

Local Councillor Steve Wilson is taking the reports seriously, telling the paper: ‘I am happy to keep a diary of sightings by people around here and report them to Hull Council.’

The next full moon will be on May 21 and people who want to track down the truth plan to hunt the best, armed with cameras to prove they weren’t just imagining things in the shadows.