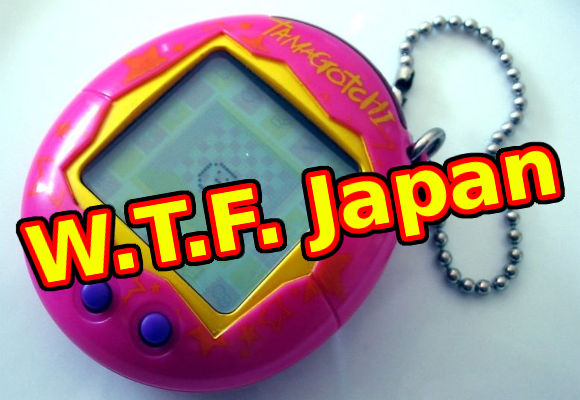 This May marks the 20th anniversary of Tamagotchi, so let’s take a look at the best that two decades have brought us!

Ah Tamagotchis, the bane of school teachers everywhere in the late 90s. Back then Tamagotchis were little more than an egg-shaped toy that beeped and pooped and died if you didn’t pay attention to it every waking second, but in the 20 years since Bandai first released them outside of Japan in May 1997, Tamagotchis have evolved along with the times.

If you’ve been out of the loop since elementary school, then it may come as a surprise to you to hear that Tamagotchis are still even around. But they definitely are, and even though they may not be the same phenomenon that they once were, they’re still going strong thanks to some great innovations they’ve had.

That’s why today we’re counting down the top five best Tamagotchi releases. If you’re suddenly feeling nostalgic and want to pick up a virtual pet of your own, which should you buy? Now you will have an answer.

So let’s get to it! Starting off with…

We’d be remiss not to at least mention the one that started it all, the original Tamagotchi released in Japan in November 1996, and the U.S. in May 1997.

For as primitive as these first releases were, it’s really amazing just how much they got right. There were a ton of features in the originals that have becomes staples of the series: playing, pooping, feeding, and having a baby pet that grows into different versions depending on how you care for it.

One thing the original series didn’t really think about, though, is the fact that kids had to go to school for eight hours every day, resulting in them showing up to middle school class looking like this:

▼ Ladies, one at a time please.

In fact, kids bringing Tamagotchis to school and disrupting class became such a big thing that when the updated versions of the originals came out, the commercial for them made a point to show that you can “pause” the game when your school bus comes.

▼ We recommend watching this 30-second masterpiece in its entirety,
but skip to 0:17 if you just want to remember what being a pre-teen was like.

All in all, the original Tamagotchi got a lot wrong, but it also got a lot right. If you’re going for pure nostalgia value and not really for playability, then feel free to pick one up on eBay. They’re surprisingly affordable (around US$20-40) for such a vintage item.

The Tamagotchi Plus (Tamagotchi Connection in Japan) was released in March 2004 in Japan and August 2004 in the U.S., a full seven years after the initial release of the originals. That’s kind of crazy to think about, considering another franchise like Pokémon had somewhere between 10 and 40 different versions released between 1998 and 2004, depending on what you count as an “official” release.

▼ For example, does Pokémon Pinball count as a “Pokémon game?”
That I leave up to you, dear reader.

Bandai upped their game with this second generation of Tamagotchi. The screen is nearly twice the size it was before (30 pixels tall instead of 16), you can potty train your Tamagotchi so it doesn’t poop on the floor, there are more games to play, and you can praise your pet instead of just disciplining it.

But by far the biggest innovation that Tamagotchi Plus brought to the table was Tamacom, infrared communication with other Tamagotchi. You could have your Tamagotchi interact with a friend’s and they could play games together (though you didn’t get to control anything, just watch), exchange gifts, and perhaps even fall in love and have a baby.

▼ “Hey, what are you kids doing?”
“Making babies.”
And thus another Tamagotchi school-scandal was born.

What do a Tamagotchi and a Beanie Baby have in common? More than just being 90s toys … bit.ly/2eUEER5 https://t.co/SVKDp8KEO4

While these two releases aren’t exactly the same, they’re close enough that we can put them together. The Chou Jinsei Enjoi Tamagotchi Plus (also known by it’s much shoter name EnTama) was released in Japan in November 2005, and the Tamagotchi Connection Version 3 was released in the U.S. in February 2006.

Both of them are notable for their huge innovation: Internet integration, signaled by their distinct antenna design.

Both of these Tamagotchis were the first to interact with the website TamaTown, where players could visit locations, play games, and collect items. Any items that they collected during their visit could be redeemed inside the Tamagotchi itself by using a password. It was a lot of fun until…

▼ …it was shut down in 2013. This must be what Tamagotchi
feel like when we shut them off permanently.

But even without TamaTown, this generation has a ton more packed into it. Tamagotchi Connection Version 4 (and EnTama) have a huge variety of careers that your Tamagotchi could pursue, such as scientist, baker, crossing guard, bank clerk, and more. Some jobs require special training, and you even have to pass an interview with the Tamagotchi King’s servants to get it.

▼ I don’t know about you, but I’d totally mess up any interview
I had to make in front of a giant golden egg and his servants.

If you’re looking to get your own device from this “third generation,” then we recommend going with Tamagotchi Connection Version 5. It has pretty much all the features of the other Connections, but Connection 4 had an infamous amount of glitches and bugs which you may want to avoid.

Now we’re getting into the serious Tamagotchis! The Tamagotchi Plus Color was the first release that had a full-color screen, rather than just black-and-white (or some other monocolor arrangement). It came out in Japan in Novemeber 2008… and was never officially released outside of Japan.

▼ And for non-Japanese-speaking fans,
this is a wound that still hurts to this day.

Aside from the new full-color screen, the other draw for the Tamagotchi Plus Color is the ability to visit places in town with your Tamagotchi. You can go to an arcade and play games, buy items at a market, upgrade your house with new stuff, and even go on a quest from the king to find “seven happy items” hidden throughout the game.

▼ This version feels like Tamagotchi and Animal Crossing
came together and, well, made a Tamagotchi baby.

The other version that bears mentioning is Tamagotchi P’s. The “P’s” stands for “pierce,” the loanword used in Japanese to mean “earrings.” That’s because the P’s versions have a slot for attachable pins which you can insert and get bonus content.

▼ It doesn’t get any manlier than plugging
sparkly earrings into your bright purple Tamagotchi P’s.

The Tamagotchi P’s really had it all. Not even counting the bonus content from the “pierces,” this version has part-time jobs for your Tamagotchi, gives it a unique personality trait, and you can connect with up to three other Tamagotchi owners at once to play games and cook.

▼ Of course you could still give your Tamagotchi P’s
its own Tamagotchi pet the old fashioned way….

Unfortunately Tamagotchi P’s was also never released outside of Japan, so getting one and playing it will be harder if you can’t read Japanese, hence its lower position on the list. Thankfully though, there is an English translation patch for Japanese Tamagotchi P’s, which you can find with a quick Google search. Tamagotchi lovers, rejoice!

When it comes to the best Tamagotchi in terms of playability, these two are at the top of the list. Tamagotchi 4U (released September 2014) and Tamagotchi m!x (released July 2016) are the two most recent Tamagotchi releases, and they take pretty much everything that was great about the previous series and add their own cool twists.

Tamagotchi 4U ( the “four u’s” are “utility, unique, united, and universal”) does away with the old infrared communication and uses NFC “touch” connectivity instead. You can “touch” your Tamagotchi 4U to various spots in Japan to get special items and other content, as well as download a smartphone app to further personalize your game.

▼ You could even get a Kumamon Tamagotchi
wearing a giant tomato beret and purple overalls!

And the Tamagotchi m!x is the absolute latest Tamagotchi release. The “m!x” in its name comes from the fact that Tamagotchi can pass on their traits to their offspring, resulting in hundreds of different possible combinations.

▼ As this chart shows, the child from each set of parents
inherits some of their traits, resulting in new Tamagotchi.

▼ Tamagotchi m!x also features Sanrio characters such as Hello Kitty,
Gudetama, My Melody, and more, which can all breed with Tamagotchi.

Unfortunately, all of this Tamagotchi awesomeness comes with a catch. Neither Tamagotchi 4U or Tamagotchi m!x have been released outside of Japan, which is why they’re only at number two on the list.

If you’re looking for an incentive to finally learn how to read some Japanese though, then these might be right up your alley!

And the #1 Tamagotchi release is…

The Tamagotchi iDL may not have all of the fancy features of the most recent versions, but it does have something that makes it appealing to the non-Japanese-speaking world: an English release.

Even though the Tamagotchi iDL was never officially sold outside of Asia, it does have an English version, and it is the latest version to have one. And thankfully it’s a pretty good one too.

So there you have it, the top five best Tamagotchi releases. Are you feeling a sudden wave of nostalgia that’s guiding your mouse cursor toward eBay? Let us know what version you’re getting in the comments, because getting a Tamagotchi of your own is something that “can’t be helped” just as much as any other item on the list of top five “shikata ga nai” (it can’t be helped) situations in Japan.