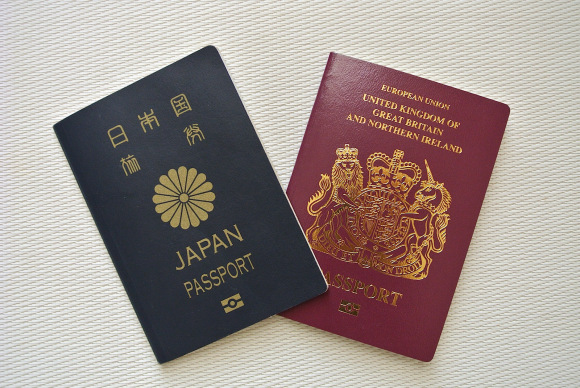 The “strongest” and “weakest” passports may surprise you.

For anyone who hasn’t been through the process of getting a visa to go to another country before, it can be quite a harrowing experience. Depending on what kind of visa you’re trying to get (work visa, family visa, journalism visa, etc.), the process can take anywhere from a few days to months, and you have to provide tons of documentation to prove you’re who you say you are and not some international spy.

Thankfully, many countries have agreements worked out where their citizens can freely visit other countries as a tourist without a visa for a limited period of time, often around 90 days or so. This is great for when you want to visit somewhere like Japan for just a few weeks, but you don’t have a job or family there. As long as your country and Japan have a no-visa-necessary agreement, and you have a passport, no problem!

But depending on the country, the number of places that their citizens can visit visa-free varies wildly. Some have over a hundred, and others… well… don’t even come close.

So which countries have the “strongest” and “weakest” passports, allowing their citizens to freely visit the most and least countries? Here’s the ranking, starting with number one:

Coming in at the top is one country I kind of expected, and another that was a bit of a surprise. Singapore isn’t the first country that comes to mind when you think of freedoms (considering many of its bizarre and harsh laws), but hey, good on you, Singapore!

Another country probably high on most people’s lists, Sweden clocks in at just one country less than Germany and Singapore.

Some notable exceptions are Swedes not being able to visit China, Cuba, or Mongolia without a visa. But hey, unlike Singaporeans they can travel to South America’s Guyana and Paraguay without a passport… so that’s kind of cool!

Nine countries tie for third place, just two countries less than number one. Of note, South Koreans are the only ones out of all the countries in the top three allowed visa-free travel to Russia.

Americans can go to the African Republic, Equatorial Guinea, and Mongolia without a visa, but not Brazil, Venezuela or Vietnam.

Interestingly, those with a U.K passport can go to Brazil, Venezuela, and Vietnam — the opposite of the U.S. passport. It’s amazing how you can see relationships and politics between countries just through looking at the visa requirements.

About time you showed up, Japan!

Japan shares an eight-way tie for fourth place, coming in at three countries less than number one. Japanese passports are special among the top countries in that they  allow visa-free travel to China (unlike even #1 Germany, #2 Sweden, and #3 U.S.), though they do require visas to go to Brazil, Venezuela and Vietnam, just like the U.S.

Just a two-way tie for number five, as both of these countries allow for four less countries than number one.

Interestingly, both countries allow for visa-free travel to Venezuela, though both say no to Vietnam.

But enough of the top countries! Let’s take a look at which countries’ passports come in at the bottom. First up, shockingly not in last place, is:

North Korea isn’t in last place? Well that’s a bit of a surprise. Some notable places North Koreans can go without a visa are Ecuador, Belarus, and Kyrgyzstan. Assuming they can travel in the first place though, of course.

Here are the bottom three countries:

Yikes, the passports from these countries are the “weakest” in the world, allowing for the least amount of visa-free travel.

How does your country’s passport rank up? Hopefully international travel will become less convoluted in the future, but for now, visas are something we have to deal with when going abroad. Although Japan’s efforts to give professional gamers visas might make it easier to travel and eventually immigrate to Japan for many.