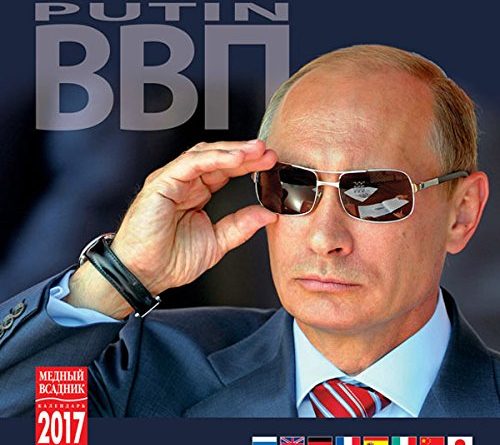 Read more to find out how you can get your Vladimir Putin calendar today. Every order comes with 6 free digital movie posters from Japan. Buy 3 Calendars and get the 4th Calendar FREE! Pay only $5.00 shipping for the 4th calendar) BUY NOW! ($29.95 for each calendar)

The personality cult surrounding Russian President Vladimir Putin is reaching new heights, and a growing number of Japanese are becoming curious about the details of his daily life.

A newly published 2017 calendar featuring the Russian leader, who is famous for shirtless horse riding, has become a hot-selling item in Japan.

News that the bizarre calendar is on sale in Japan spread swiftly on social media.

One Twitter user with the handle @remogura wrote earlier in October, “I want the Putin calendar for my birthday, I swear.”

The trend is likely to continue until the end of the year, when demand for calendars peaks.

The calendar, written in eight languages, including English and Japanese, is the product of Mednyi Vsadnik, a St. Petersburg-based firm, and is authorized by the Russian government.

Yokokawa (The distributor in Japan) said calendars featuring famous personalities such as Steve Jobs and former tennis star Shuzo Matsuoka have recently been huge hits. The firm started selling the Putin calendar after receiving customer inquiries amid increasing media coverage of him ahead of an expected visit to Japan in December.

“We expected some interest from our customers, but didn’t expect it to become this popular,” Yokokawa said.

The calendar’s cover bears a close-up of Putin wearing black sunglasses, with the Russian initials of his full name, Vladimir Vladimirovich Putin. Inside are photographs showing different sides of a man known in Japan as a masculine leader. 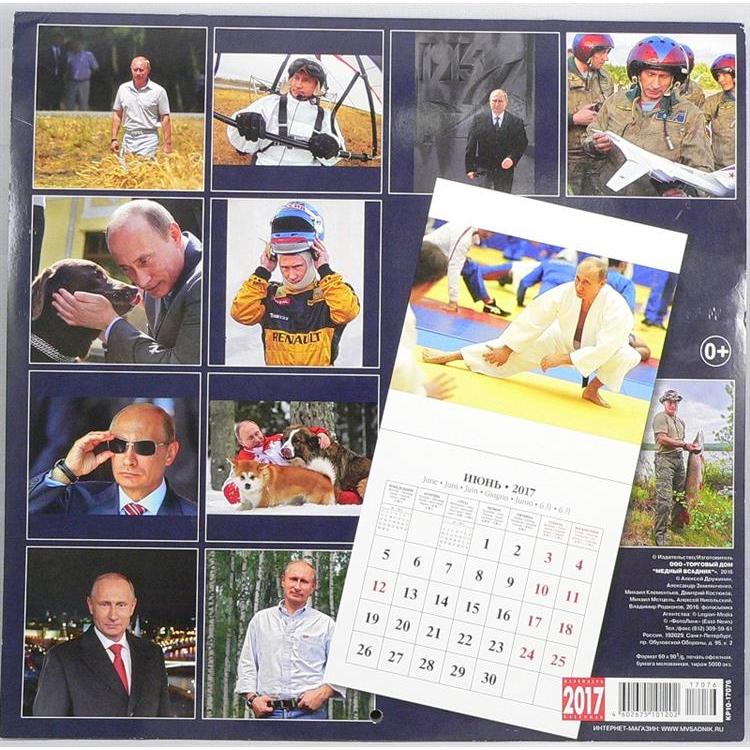 The photographs show Vladimir Putin engaging in fishing and judo, or cuddling with an Akita dog sent from the Tohoku region in gratitude for Russia’s help after the 2011 Great East Japan Earthquake. Yokokawa said such rare pictures might be part of the appeal for Japanese customers.

“Sometimes you can hear customers, in particular women, saying (Putin) looks good or stylish,” she added.

Yokokawa said the company, depending on how long the public’s interest is sustained, may put the calendars on sale next year as well.

You can quickly and easily order your President Putin’s 2017 calendars today by paying $29.95USD via Paypal HERE. All calendar’s  are shipped from our Tokyo warehouse. Price includes International Shipping Everywhere. Each order comes with 6 free digital Japanese movie posters to keep and to share. 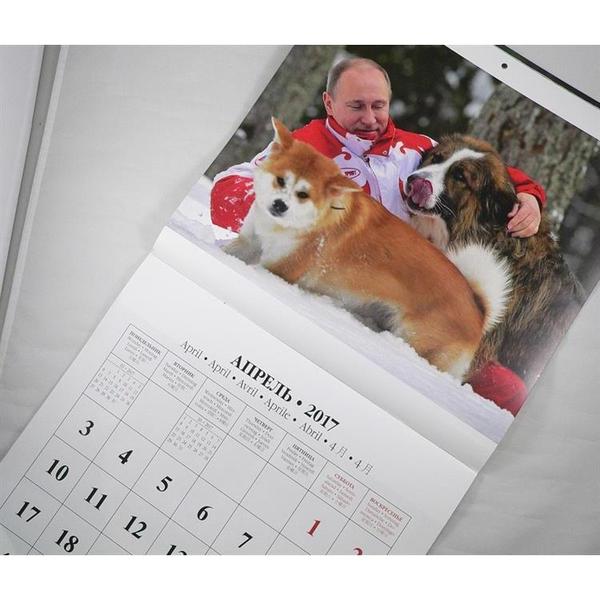 Paper used is high quality enamel glossy paper.  For each month, enjoy the sporting life of President Vladimir Putin. The calendar introduces the figure who is known to dearly love animals and is a one man physical fighting force to be reckoned with. This beautiful calendar meant for wall display, emits a “presence” in the home or office.

Each calendar is approximately 29 x 29 centimeters in size or 11.5 x 11.5 inches) The calendar comes in 8 languages including: Russian, English, Japanese, Spanish, Chinese, French, Italian and German) 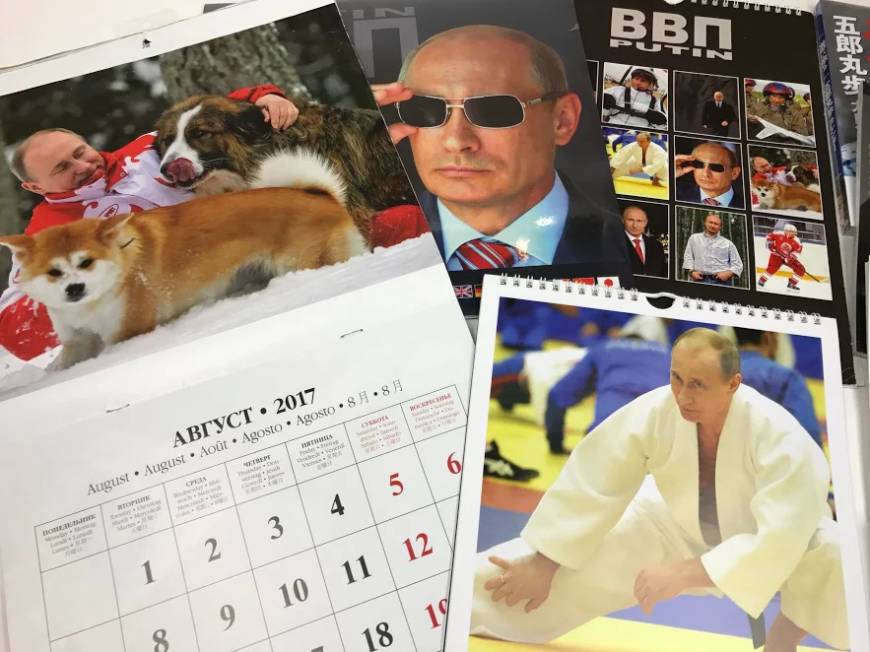